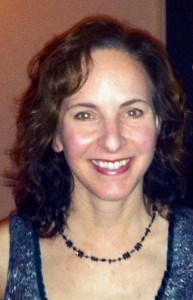 Laurie Hall received her Master of Social Work degree from Washington University in St. Louis, Missouri in 1994.  After completing her social work internship at a peace and justice organization in Mexico City, Laurie moved to Washington D.C. to begin a career working with children and families.  Laurie focused on working with Spanish-speaking high-risk children and families within the public school system.  She became a Licensed Clinical Social Worker in Maryland in 1998.

Laurie moved back to her home state of California and came to San Diego in 1998 to begin working at Children’s Hospital with children and families who had suffered from trauma.  It was there that she received extensive training in play therapy and attachment-based therapy.  Laurie specifically focused on working with children who were victims of physical and sexual abuse, doing play therapy and improving their attachment with their parents.  She also worked with adults at Children’s Hospital, helping them to respond to their children’s needs and also running an ongoing therapeutic group for victims of domestic violence.  Laurie became licensed in California in 2002.

In March of 2004, Laurie opened a private practice with three colleagues from Children’s Hospital.  She continued to work with children and families and expanded her practice to include working with clients who are suffering from stress, family conflict, marital problems, depression, anxiety, loss, postpartum issues, and life changes.

Laurie was trained in Eye Movement Desensitization and Reprocessing (EMDR) in 2006 and began using this technique extensively with children and adults to decrease the impact of bad memories and to increase positive thoughts.  She has seen many clients, both children and adults, move through experiences that have resulted in them feeling “stuck” by using EMDR.  Laurie became certified in this method in 2009 and continues to use it daily with her clients.

In 2010, Laurie began extensive training in attachment-based couples work called Emotionally Focused Therapy (EFT).  This is a model that helps couples recognize their patterns of protest and withdrawal and then helps them reconnect and turn towards each other for support.  Laurie completed this extensive training in 2012, honing her skills and gaining more experience, and now she uses this model every week in her practice.

Laurie continues to seek training in EMDR, play therapy, couples therapy (EFT), and pregnancy and postpartum issues on a monthly basis, always trying to learn more to assist her clients in the best way she can.  Laurie works with children ages 2-18, adults, couples, and families.  She is fluent in written and spoken Spanish and conducts therapy in both languages. 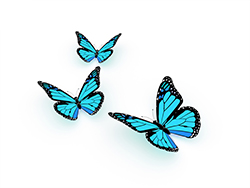 "Life isn't about finding yourself.
Life is about creating yourself."
- George Bernard Shaw